This Cruise Ship Brawl Was So Bad They Had To Call In The Coast Guard….

It was something no one saw coming on a Carnival Cruise, no less, and it was all caught on camera.

Around 60 people fought for over an hour on the Carnival Magic cruise ship during the early hours and were ‘ignorant fools acting stupid’, according to an eyewitness, Theresa James.

According to James, the chaotic fight began way past midnight, at about 2 am on the fifth floor, near the ship's dance club and casino. The travel agent also estimated that at one point as many as 60 passengers were active participants in the fight. 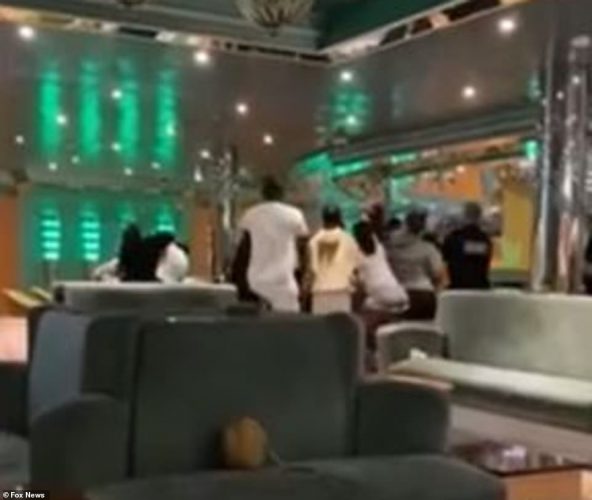 The fight began with two people on a nightclub dance floor. However, it quickly spiraled out of control, and more and more people began joining the fight until it became a brawl.

The brawl occurred on the final night of an eight-night cruise through the Caribbean with stops in places like Dominicana, Turks, and Caicos, and the Bahamas.

And, like most fights, this one too left behind a mound of rubble and debris, as per the videos circulated on social media.

The clip, shared by another passenger on Twitter, gives users a close look at the spirited participants and the fight. Sharing the video, the person wrote succinctly, “Last night's festivities on my carnival cruise.” 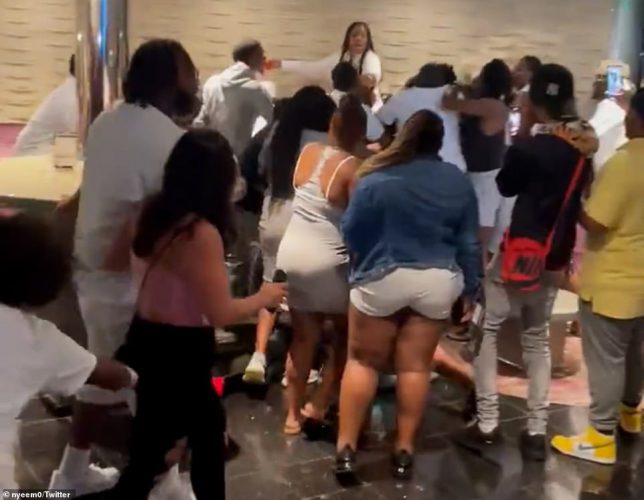 During the fight, people smashed bottles, and one woman was cut in the brawl. Fortunately, no serious injuries were reported following the fight. 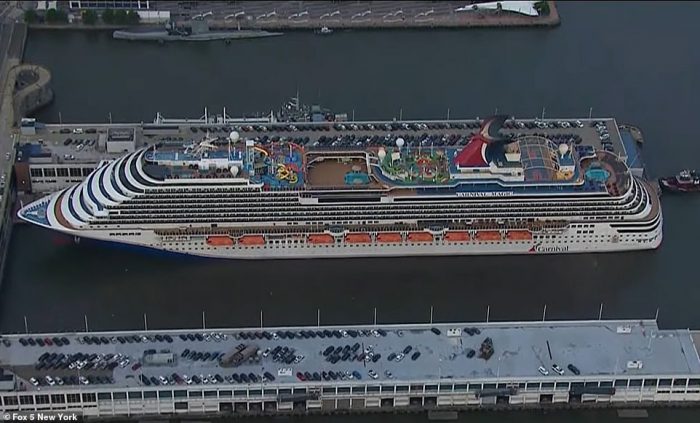 The fight was apparently so big that security had to call help from the U.S. Coast Guard to help escort the ship to shore.

Even with the significant disruption, Carnival Cruise tells the New York Post that the ship docked back in Manhattan on schedule. 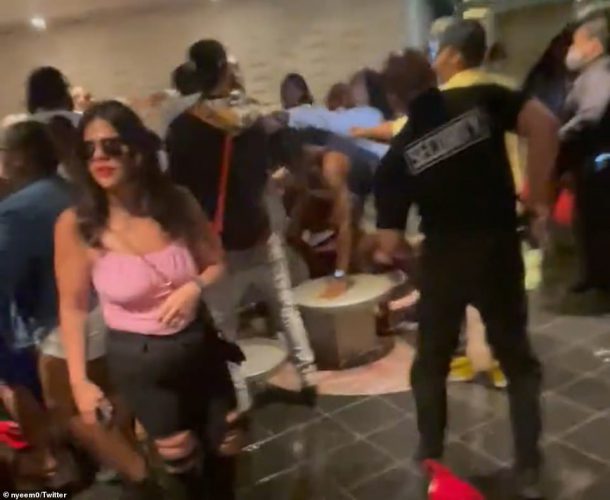 The New York Police Department is now investigating the incident. No arrests have been made at this time. It’s unclear if the brawl happened in New York, New Jersey, or international waters, complicating criminal jurisdiction.

According to James, she says aside from the incident; the trip was an overall good experience.

And if we could offer some words of wisdom: please don’t keep your partners in the dark. You certainly don’t want to be the passengers to ruin everyone else’s vacation. Keep us out of the group chat.

Watch the chaotic fight below: