He Shot A Stranger He Found In His Home, Then He Learned A Horrible Truth About Him…

A bizarre love triangle resulted in two men shooting at each other and lead to multiple arrests.

Police in Alabama is sorting through a "bizarre" incident in which a homeowner, alerted by his wife, shot an alleged intruder only to later learn the "intruder" was in a relationship with the homeowner's wife and had been secretly living in his house.

Not only had his wife been having an affair for approximately a year, but the lover was actually secretly living at the home without the husband knowing about it.

"I've still yet to figure out how somebody can be staying in your house and you not know it," Mobile County Sheriff's Capt. Paul Burch told TV station FOX 10 News.

"It's somewhat bizarre," he said. 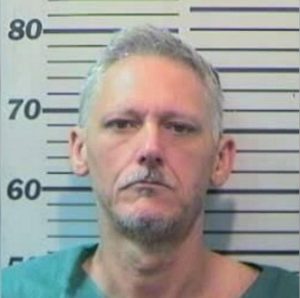 The armed "intruder," Michael Amacker, was shot in the leg and elbow Sunday night at the home in Creola. But Amacker also fired at the homeowner, Frank Reeves, striking him in the chest.

Both men survived their injuries.

Detectives from the Mobile County Sheriff’s Office determined that the wife, Tracy Reeves, had been having an extramarital affair with Amacker and had secretly let him live in a bedroom of the home.

“She had been allowing him to stay within the home for a couple of days, providing him with food,” said Sheriff Paul Burch. “There were bottles of urine in the room which indicated he had been there for a little while.” 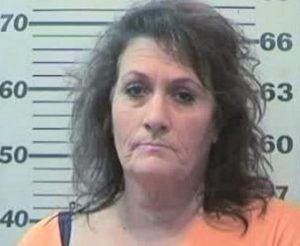 After the shootout, Mrs. Reeves sought help from her daughter.

“Mrs. Reeves called her daughter, who lived across the street, or in close proximity,” Burch told Fox10. “Her and her husband came over and then held Amacker at gunpoint, who was trying to flee the scene, until deputies arrived.”

According to Burch, methamphetamine allegedly played a role in the incident.

Meanwhile, Amacker was charged with attempted murder, possession of a firearm with an altered serial number and possession of a controlled substance. He is a convicted felon, and additional ICE charges are pending.

When police arrived at the scene, they found both Amacker and the wife, Tracy Reeves, to be high on methamphetamine. Apparently, the illicit drug was a big part of their extramarital affair.

“Another thing with meth,” Captain Burch said, was “people that are on meth, not only do they have paranoia, they can’t keep their mouth shut. So if there was some kind of diabolical plan, it is very possible Amacker has told some other people.”

“I just know that they’ve had some problems in the past,” one neighbor stated. “Frank is a very calm person. He’s very nice. He cuts his grass and does things around the house. There’s nothing ever going on over there much, but he is a very good person.”