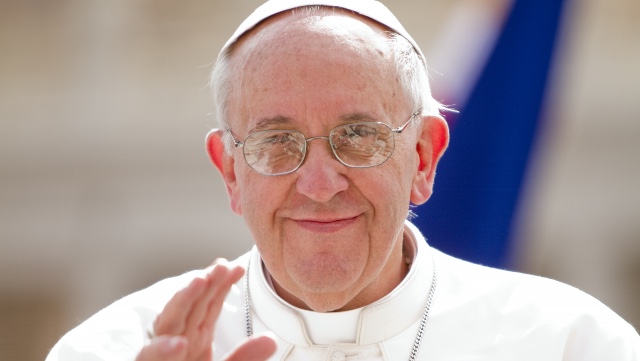 Pundits and politicians alike have been warning us repeatedly and redundantly about the possibility that we are witnessing the opening salvo of World War III, but now even the high pontiff can’t help but turn sensational.

Pope Francis, who is not exactly known for his restraint in matters of the mouth, has not only proclaimed that a third world war has already begun, but he also appeared to suggest that Ukraine may have actually provoked Russia prior to the invasion.

Pope Francis said ‘World War III has been declared’ and suggested Vladimir Putin’s invasion of Ukraine was ‘provoked’ while also taking a new series of swipes at Russia’s actions, a transcript of a conversation he had last month has revealed.

The leader of the Catholic Church denied being ‘pro-Putin,’ saying Russian troops were brutal, cruel and ferocious, while praising the bravery of Ukrainian soldiers who have been fighting for their country’s survival since the invasion began in February.

He also decried Russia’s ‘monstrous’ use of mercenaries from Chechnya and Syria – which have been drafted in by the Kremlin to bolster its faltering war efforts – and criticised the global arms trade.

That wasn’t the whole story, however:

But in the text of a conversation he had last month with editors of Jesuit media and published on Tuesday, he also said the situation was not black and white and that the war was ‘perhaps in some way provoked’ by NATO.

Francis said the on-going war in Ukraine, along with other conflicts around the globe, means ‘World War III has been declared’ and therefore the human race has seen three world wars in a century. This, he said, is a ‘calamity’ for humanity.

Russia has threatened nuclear annihilation for anyone who dares to militarily intervene in Ukraine, which is likely one of the few reasons why claims of World War III are still in their pseudo-infancy.