This Simple Trick Can Keep Your Car Safe From Dangerous Scams

As technology evolves, so do the thieves. And while that wireless key fob might make getting into your car pretty easy, it turns out it's quite easy to hack.

With an unprotected fob, thieves can intercept the signal from the fob to a car with a special receiver. They can then use this to enter the car and even turn on the ignition. But there's a simple solution, as it appears just wrapping your fob in foil prevents the signals from being transmitted.

Hackers have developed special receivers that can mimic the signal coming from your key fob. Called a relay attack, thieves can essentially trick your car and key fob into thinking they’re near each other. 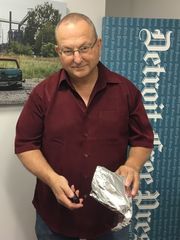 Hacking into a car requires two devices, one near the car and one near the key. First, the device by the car will spoof a signal from your key fob. Then, your car’s wireless entry system, thinking that you’re trying to get in, will send out a radio signal to the fob and wait to receive a special code that will unlock your vehicle. In a game of telephone, the hacker’s device copies that code and sends it to the other receiver, which then sends the code to the key. When the key responds with its special signal, the code is again copied from receiver to receiver and then to the car, thus unlocking your automobile. 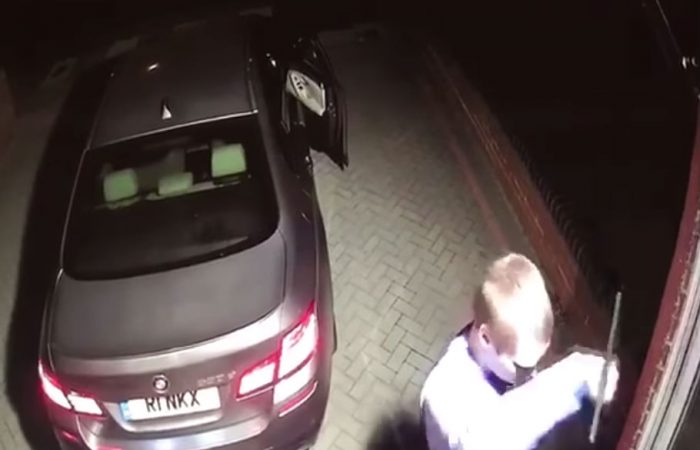 Wrapping key fobs in aluminum isn’t the prettiest option, but it’s the most inexpensive way to keep your keys safe, Holly Hubert, a retired former cybersecurity expert at the FBI, told the Detroit Free Press. “The cyber threat is so dynamic and ever changing, it’s hard for consumers to keep up.”

Another expert-approved way to protect your key fob from hacking is to store it in a metal coffee can at night.

“Really, some cyber experts don’t go to sleep without putting their key into a metal container,” Moshe Shlisel, a veteran of the Israeli Air Force and the current CEO of GuardKnox Cyber Technologies told the Detroit Free Press. “It’s called a Faraday Cage. You block the electromagnetic field.” 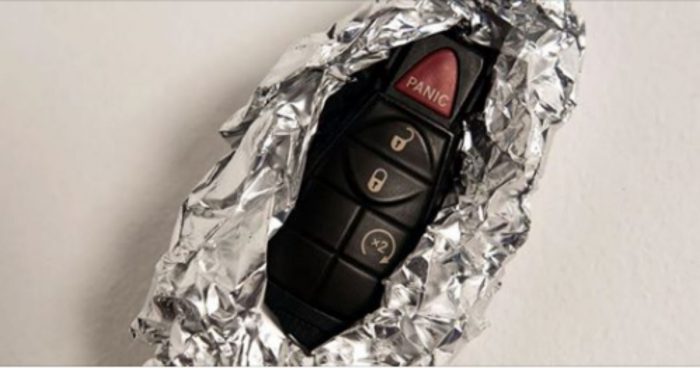 Carmakers are aware of key fobs’ vulnerability to hacking. It’s a problem they’re working on currently. But until they come up with a hack-proof system (which of course will only be good enough until hackers come up with something new), there are cheap ways to protect yourself.

Hopefully, you’ll never have to find out if they worked.