She Got No Tip On A Massive Bill, And What She Did In Response Has People Turning Heads…

A waitress took to social media to share her disappointment at a customer who refused to tip her on their massive meal. This a kind of lesson every American needs to know...

Every time you go to a restaurant, you should expect to pay a tip. While some restaurants are doing away with the custom by paying their employees a livable wage, right now tipping is part of American culture. Waiters and waitresses expect their tables to leave anywhere from 15-20% for their good service and they rely on this money for a stable source of income.

While sometimes the server might be terrible, if you’re not going to leave a tip at all, you should have a pretty compelling reason for stiffing your waiter or waitress.

Single mother Taylar Cordova takes her job as a server seriously. She wants to work hard at the local restaurant and earn her keep.

Because her hourly wage is pennies, she relies on tips to live and feed her kid. Without these tips she so heavily counts on, she cannot guarantee that she can make her bills every month or put clothes on her kid’s back and food in his mouth. 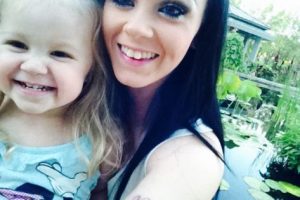 Taylar Cordova with her daughter

In the now-viral Facebook post, which has since been removed, Cordova posted the picture of the receipt and opened up about how she did not receive any tip from one particular customer with a massive bill of  $187.43 so she took to social media to teach everyone the value of labor in America.

The screenshot of her message was later tweeted by Dinkleberg, who asked her followers for their ‘thoughts’ on Cordova’s message which she accompanied with a Facebook photograph of the receipt.

"You’re the lowest of the low," she wrote in the caption, attacking the customer who did not pay her any tip. "Whenever you feel like it's probably fine to not tip your server, that's one more bill stacking up because they're short on money"

Cordova explained that the extra money that did not come her way would have been used for the week’s food for her family. She also argued that the tip was an absolute necessity for her as well as her daughter, but she would not get it because ‘even TWO more dollars’ was too much for the customer.

She also explained that the servers at restaurants are paid $2 to $5 every hour as per their employer, which is extremely low for feeding off a family.

"Could you pay your bills based on that pay alone? Could you feed your family AND yourself? Because that's what happens when you choose to not tip," she wrote in her post.

Toward the end, Cordova has harsh advice for anyone who is not willing to tip the waiter or waitress at a restaurant.

"Don't even bother walking into a restaurant if you can't afford to tip," she wrote before suggesting that such people can always choose ‘McDonald’s down the street.’